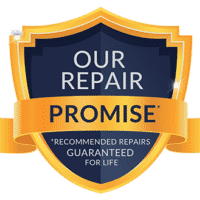 How to Wire a Turbo Capacitor What’s up, everyone, this is Tersh with Service Emperor. Really quick, this is part one in a new series called Five Minute Tech Support. And my goal here is to provide tech support for you with five minutes. This is aimed at our service experts within Service Emperor.

But also, if you happen to come upon this video it’s for you, too. If you are in need of a Turbo capacitor, you can click this link and pick up one for you or your team.

With that being said, if you’re not a service expert within service, no, I want to make sure that you are aware and you test everything, test your high voltage. Don’t just pull your disconnect. If you’re pulling if you’re testing your capacitor if you’re planning on replacing your capacitor.

With that being said, this is a five-minute video, so I’ll be talking faster than normal. But if you have any questions about this, please do not hesitate to reach out to us at Service Emperor that’s www.serviceemperor.com, let’s get started with today’s video.

In today’s video, we’re going to use this 30 by five dual capacitor as our standard to compare against for our turbo capacitor.

As you can see here, these are the Herm, the fan, and the common terminals on the capacitor and on the turbo capacitor. You’re going to put your Herm around the edge.

So you’re going to jump between these outsides to make the number that you need to equal that 30. And then that center is going to be your common.

And then your fan will be the five left off at the end right there.

In some circumstances, you will have to use five also to equal up.

So all you have to do is take an. Don’t use your jumpers and jump. Twenty and ten, so that it equals 30 to give you your 30 microfarads. So next, you will actually take an.

Hook up your fan to one of these two fives.

And then your comments are going to hook up to that center section there, so where you would normally have the C hooked up, that’s we’re going to look it.

And then the Herm terminal is going to hook up to where you have your jumpers located at the very top.

Also in the packaging from the manufacturer is the zip tie with the hole built into it. So most of your factory capacitors are going to be a lot smaller. So now you can place it anywhere else in the Ganesan unit and then just use that zip tie and screw it in with that cell type and screw a lot of times.

Also, the date is going to be put on the bottom, but they actually have a sticker so you can use that Sharpie that’s provided. Right.

The installation date and put that on the unit. So that way, you know, when the five years are up because the system does have a five-year warranty, if you have any questions about how to wire it up, there are instructions and then there’s actually a set of suggested jumpers there.

And then also, don’t forget to register the warranty on this capacitor and you get a free hat out of the deal, too. So. Oh, and there’s also these Minnies capacitors. So there are your singles and then there’s also a turbo X for the larger.

Thank you for checking on another episode. And if you have any questions, please don’t hesitate to reach out to us admin@serviceemperor.com, or just go to www.ServiceEmperor.com

And by the way, they are American made, so we stand behind those 100 percent. With that being said, thank you again for watching this show. And don’t forget to subscribe, click like and click the bell icon so that you get more information and notifications whenever we release any more episodes. Have a great day.